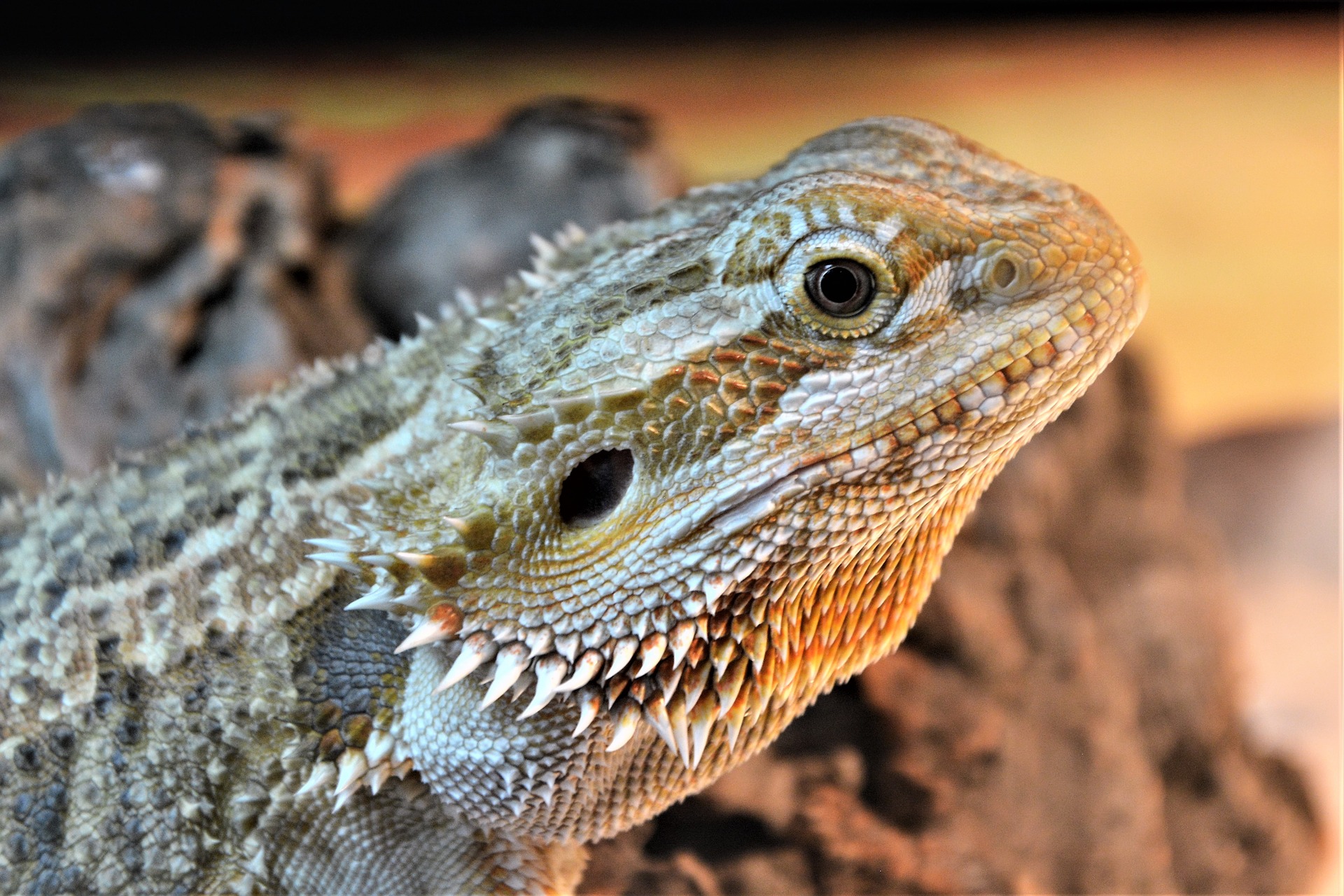 Usually, when you think of emotional cues from pets, you imagine a dog wagging its tail or a cat stretching out to show their belly. Unlike dogs and cats, who’s emotional cues can be easier to read, bearded dragons have a language all their own. They communicate their feelings in ways that to the casual observer, may not be completely obvious.

Bearded dragons show their emotions through things like waving, biting, licking, hissing, and more. Each of those different behaviors showcases separate emotions that will tell you different things about the well-being of your bearded dragon. The more you pay attention, the more you’ll start understanding how your beardie communicates with you and other things in its environment.

So what are all of these cues and what do they mean? Let’s break them down a little bit so you can confidently assess how your bearded dragon is feeling at all times.

There will be a few that you’ll see more regularly in your beardie’s day to day life. Just like we have habits and body language that show off how we’re feeling or what we’re doing, so do bearded dragons. They have their own ways of conveying exactly what’s going on, so you never feel like you’re in the dark about their well-being.

Seeing your bearded dragon wave at you for the first time is like seeing a dog wag its tail at you. It may seem like your little buddy is just saying hello in a way that they think you’ll understand, but unfortunately, that’s not what’s going on. Waving can have several meanings, but they aren’t actually your beardie friend greeting you like you hope it would be.

Beardies will wave at you for one of four reasons.

This is why it can be hard to identify at first what exactly is causing your dragon to wave. If you pay close attention to their environment, however, you’ll be able to find the context clues that will lead you towards the root cause. There should be other cues that can help you figure that out.

They may be waving in order to show they acknowledge and submit to you. They could also possibly be afraid of another animal that you have in the house like a cat or a dog because they think it might possibly be a predator. They could even be fearful or confused by their own reflection, thinking it might be another bearded dragon that is in the tank with them.

Female bearded dragons may also wave as a way to get the attention of males so that they can begin mating. It isn’t as common as some other reasons why they might be waving, but if you have ruled almost everything out and have two dragons of opposite genders, it may be something to consider.

Kind of like how dogs will stick their tongues out, you may notice your little one leaves its mouth hanging open. The reasons for this can vary but some of the most common reasons why they might leave their mouth open are:

Similarly to how dogs will stick their tongues out when they get overheated, bearded dragons will do the same by leaving their mouths open. This helps with temperature regulation because they don’t have the ability to sweat so this is the only way to cool them down when it gets too hot.

They could also simply be stretching out their beard because they feel tense, or they are getting close to shedding time. They may also be feeling aggressive towards other dragons, other animals in your home, or even different objects they see around your room or out the window.

The most serious cause of leaving their mouth open is due to a respiratory infection that can be caused by high levels of humidity in their terrarium.

Biting may actually be more common in bearded dragons than you’d think, but it isn’t always due to aggression. Aggression or feeling threatened may definitely lead to them to biting, but it can also happen if they get a little too excited, if their hungry, or even by mistake. Their bites don’t hurt too badly, but they can break the skin if it happens to be hard enough.

Licking may occur because your pet is getting used to their environment. It can showcase they are comforted by the space, are trying to mark their territory, or they’re trying to get an idea of what might be in their surroundings. They also largely utilize licking as a way to taste and even smell things so they can identify what is food and what isn’t.

Glass surfing is essentially when your little one starts scratching at the glass of their terrarium or attempting to scramble to climb it. This can be because they are confused by what it is or by their reflection itself. It could be that their environment is not optimal either, like they are hungry, there is something out of place, they have pooped and want it cleaned, or it is too hot or too cold.

It isn’t far-fetched either that they may be simply bored and want to stretch their legs outside of their tank for a little while. For a full break down check out out glass surfing article.

If your little buddy’s beard turns black, it may actually be time to show a little bit of concern. Black beards can show that your bearded dragon may be feeling threatened, aggressive, stressed out, sick, cold, uncomfortable, or just generally uneasy and frustrated. It could also have something to do with the need to mate, but a black beard is usually a sign that something is wrong and should be fixed.

If they are puffing themselves up, it isn’t hard to figure out why. It could be due to aggression towards another dragon as they might be feeling territorial. Or perhaps your boy beardie has spotted a pretty girl dragon and they are wanting to show off themselves in order to mate. They could also be stressed out and are puffing up because they are tense and need to be calmed down.

Hissing is a clear sign that your pet is not comfortable in their environment. They could feel threatened because they see their reflection, or because another dragon is in their space. They could feel like they are too exposed in their terrarium if there isn’t enough stuff around for them to be able to hide behind or under. They could also be afraid of other pets in your home or things they are seeing outside the window.

It can be easy to identify what is causing your bearded dragon to hiss, so just ensure you are handling them correctly and treating their environment with respect.

This could be due to something as simple as shedding or attempting to focus on food or something else in their terrarium. But, closing one eye can also be a sign that there is something wrong with your pet or their environment. They could be suffering from dehydration or have damage to the eye itself.

They may also be suffering from parasites that are causing irritation to the eye area or the skin in general. Improper lighting and humidity can also cause eye strain and discomfort so monitor its conditions carefully.

What To Keep an Eye On

Most of these bearded dragon behaviors are incredibly normal for typical day to day responses. Things like waving, leaving their mouth open, licking, or even puffing, have such common causes that it generally isn’t difficult to decipher what exactly is causing them. Your bearded dragon is trying to make themselves comfortable with your presence and their environment in general so these behaviors may simply be due to acknowledgment and adjustment.

Other behaviors like biting, hissing, glass surfing, are commonly due to more uncomfortable situations for your bearded dragon. They might be feeling territorial or even stressed out, so it is important to monitor their surroundings for stressors so you can remove them. It is important that your beardie feels at ease in their environment or it can negatively affect their health.

Things like black beards and leaving one eye closed can have far more concerning reasons behind them, so it is imperative that you identify exactly what is causing these behaviors right away. They can be due to sickness, aggression, or even parasites, meaning whatever is causing them is making your beardie very uncomfortable. Your little buddy is trying to communicate in the best way they know how, so you should always pay attention.

Beardies are expressive creatures, but they prefer environments that are calm, comforting, and often solitary, so it is best to give your buddy some love but also their space. Overall, if you’re finding that your bearded dragon is showcasing behaviors but you can’t identify what might be causing them, consult your vet to see if they can help pinpoint exactly what might be going on.