Is My Beardie Brumating? 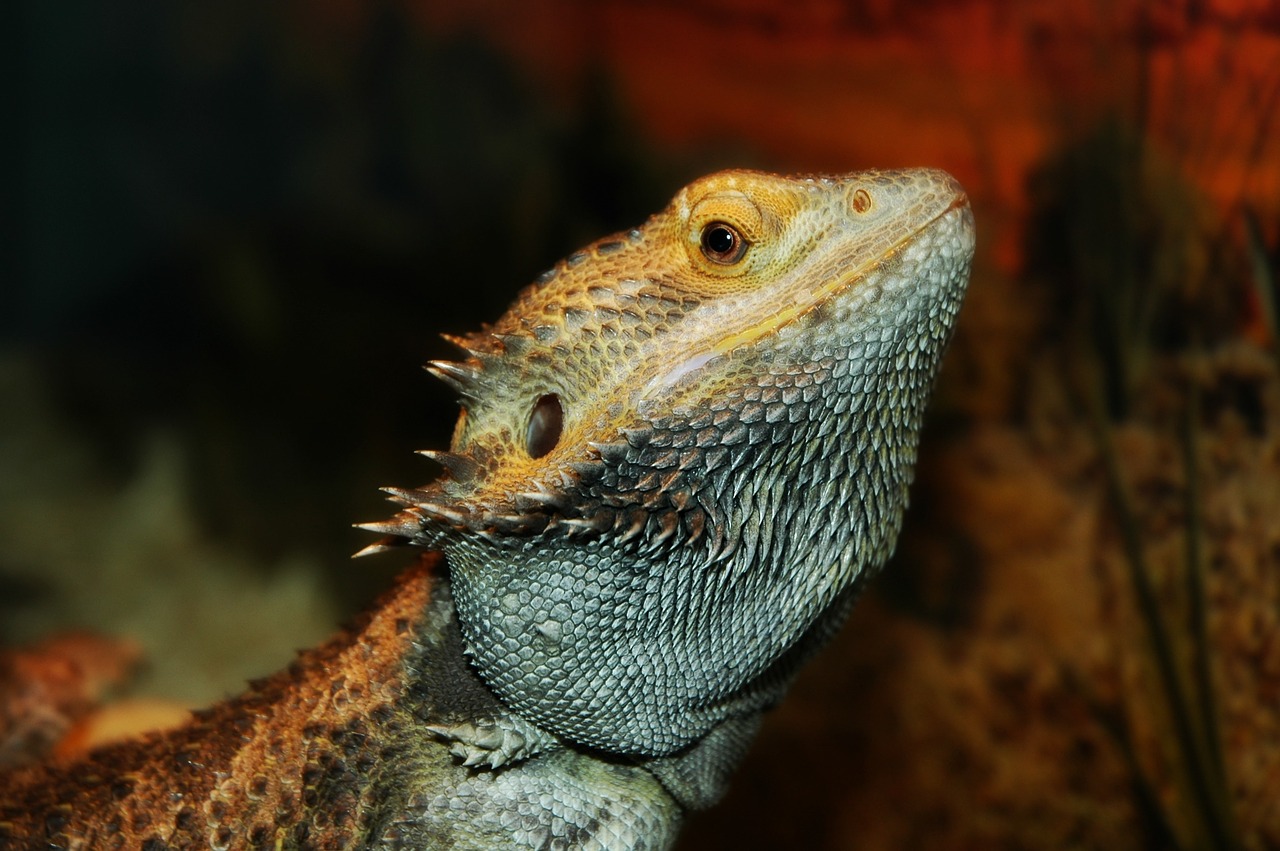 Have you noticed your bearded dragons slowing down? Has it been getting lazy? Is it sleeping a lot? If the answers to all those questions are yes, then I’m almost certain that you have nothing to be alarmed about.

What your scaly little friend is going through is called bearded dragon brumation. This is the hibernation equivalent to reptiles. In other words, your little guy is getting ready for a pretty long shuteye for the winter. You might have skipped over this in your biology class, but it is a common practice among the reptilian species.

Keep reading on if you want to learn more about what this process is all about and whether there should be any concern or not.

Brumation is, for lack of a better term, hibernation for reptiles. This stage occurs around the cold season. Bearded dragons will start slowing down in their movement and their appetite and energy will start to diminish. This is because bearded lizards absorb the warmth from the sun to aid with their digestion and overall survival.

But as soon as winter comes around, the sun starts to weaken and daylight hours start to shrink.  In the wild, when there’s a scarcity of food during the cooler months, it will affect a beardie’s ability to sustain themselves. Thanks to thousands of years of evolution, their metabolism has slowed down to a great degree. This gives them a chance to survive without food for a couple of months.

Wild bearded dragons can bury themselves in numerous locations such as caves, planters, natural decor, and burrows. One thing that you should probably remember is that they will extract moisture from the soil through their vents. This allows them to stay hydrated. Being underground allows them to avoid the dipping temperatures and ultimately freezing to death.

Why Beardies Brumate in Captivity

The reason why reptiles hibernate in the winter is that they can’t increase their body temperature to stay warm. On the opposite end of things, reptiles are unable to stay cool when it’s really hot during Summer.

During the months of winter, this cycle is a behavioral instinct that activates automatically to help them survive during the cold season. And because there’s less food during winters, they bury themselves to avoid freezing temperatures in order to conserve their energy.

Believe it or not, they even do this in captivity. This is because their metabolism has evolved over thousands of years to behave in such a manner.

How Long Does Brumation Last?

Not all of them sleep through the winter, but those that do depend on several factors. This makes it hard to know the amount of time our scaly friends will be sleeping away.

The hibernation like period for captive beardies is different than that of those in the wild. Other factors such as gender, geographical origin, natural conditions, and age also play a part. In some cases, reptiles can go into hibernation in late autumn and will awaken in spring when temperatures start rising and the days get longer.

Its very common that they will go in this sleep stage until they’re at least 10 months to a year old. But since it varies from one beardie to another, hibernation is a complex situation that doesn’t have a fixed date to it. In some years, they will hibernate due to their strong instincts. In other years, they will hardly brumate. Then sometimes they might do this during spring or summer.

I say all this to let you know that this cycle can be extremely unpredictable with reptiles, especially bearded lizards. This makes it hard sometimes to tell if your little guy is hibernating or sick.

Most bearded dragon owners can’t help but feel panic and worry at the slightest unusual behaviors that their pets might be exhibiting. This stress gets even worse if it has been lasting for several days. Its natural for owners to be alarmed if they are unfamiliar with some of these behaviors.

Some owners worry that the unusual behavior being displayed by their reptile compadres could be an indication of a serious health concern such as a virus or impaction. But this cycle is a natural process that many reptiles go through. There is no reason for panic.

The most telling signs that your beardie is prepping itself for this sleep cycle are:

You should just leave them be once you’ve determined that your little guy is getting ready for this stage. Force-feeding your little critter will only mess up their calendar and could have a result of several health issues.

Just give them a bit of grub and let them decide if they want to satisfy themselves or not. But don’t force it on them.

It’s  recommended that you do not allow your dragon to take this long sleep if they are less than a year old. Since brumation involves not being able to eat for a long time, it could be problematic for the young ones because they’re still growing and developing.

It’s quite rare for a baby bearded dragon that’s less than six months of age to display behaviors of brumation. Most would rather wait till they’re a year and a half. But if you happen to see your baby beardie showing any signs of it starting its long sleep cycle then you have to prevent it as best as you can. Do this with caution and precision.

Preventing this stage could be quite damaging and stressful to them. If they’re persistent, then it’s best to just let them go through with it. You can try waking them up after a week and offering them some food and a bath. I would wake them up on a daily basis until they defecate.

How can owners tell if their reptile friend is either sick or dead? A few pretty good indicators can be found with a quick physical inspection.

The symptoms for sick beardies include mucus in the mouth, scale discoloration, depleted fat pads, black beards, and sunken eyes. If your beardie doesn’t show any of these signs during their sleep cycle then it probably means they’re okay. Beardies prepping for brumation tend to show more changes in behavior than their physical well-being.

But what about the signs of them being dead?

We advise you not to panic if you see your bearded lizard lying down stagnant in one spot without moving for a while. This is because they’re pretty good at playing dead. Dead bearded lizards are cold upon touch and can go stiff after rigor mortis. You’ll also notice a strange smell and discoloration. This comes after they’ve been dead for a while.

To find out whether or not it has indeed gone to the next life, here’s what you should do:

Lay your scaly friend on their side to see if they move or not. If there isn’t any movement, flip them on their backs. Active dragons are quite uncomfortable with this and will attempt to get themselves upright by wiggling. But if there’s no movement after that, then your little guy is probably dead.

4 Steps to taking care of your brumating reptile friend.

Now that your beardie has started its long rest, you have to ensure that nothing goes wrong until they wake up healthy in Spring or whenever.

1. Bring Them a Hide

Hides allow bearded lizards to feel safe and secure. It also makes this cycle more enjoyable. So be sure to get them one that is just enough to allow them to comfortably fit their entire body inside.

2. Escort Them to the Vet

For new owners, we advise you to take your reptile friend to the vet before they begin their sleep stage. This is to ensure that they’re not suffering from any lingering ailments such as parasites in their digestive tract.

Heaven forbid your little guy does hibernate with parasites in their system. those little monsters could eat away at its fat stores and cause an incredible loss of weight in the process.

During this sleep process you should make sure they remain hydrated. Just drip a bit of water on their snout if they wake up on a weekly basis. This will let you know if they want to drink. Keep doing this until they stop. You need to keep a close eye on them to make sure they don’t take any water in their mouth. If they do this during the cold winter months it will result in pneumonia. In more extreme cases this can lead to death by drowning.

Just be sure to dry your beardie completely before placing them back in their tank because you don’t want the wet scales to cause fungus.

If by chance it decides to eat, make sure that it digest its food before going back to bed. You can encourage your scaly companion to bask by removing their hide.

If they’re stubborn, then you’ll need to wake them up once a day for a quick dip to encourage a bowel movement. You can allow them to go back into their deep sleep after their food has passed on.

Waking Him Up During This Sleep Cycle

If you do not want your beardie to brumate it is okay to take action in stopping him. The most popular reasons for doing this are if they’re under a year old, are not feeling well, or are simply in no condition for it. Preventing your beardie from brumating is a lot easier said than done. That’s because some dragons are naturally prone to brumate and preventing them is just not realistic.

If you’re going to stop them from experiencing this sleep stage, you should expect a bit of change in their personality. These changes include stress, aggravation, or possibly even hostility. You’ll need to think real hard about preventing your beardie from this because this is a natural part of a dragon’s life.

I hope that by now, you understand what brumation is and how essential it is for your beloved bearded dragon. It doesn’t hurt to bookmark this page to look over these precautions and brumating protocal.