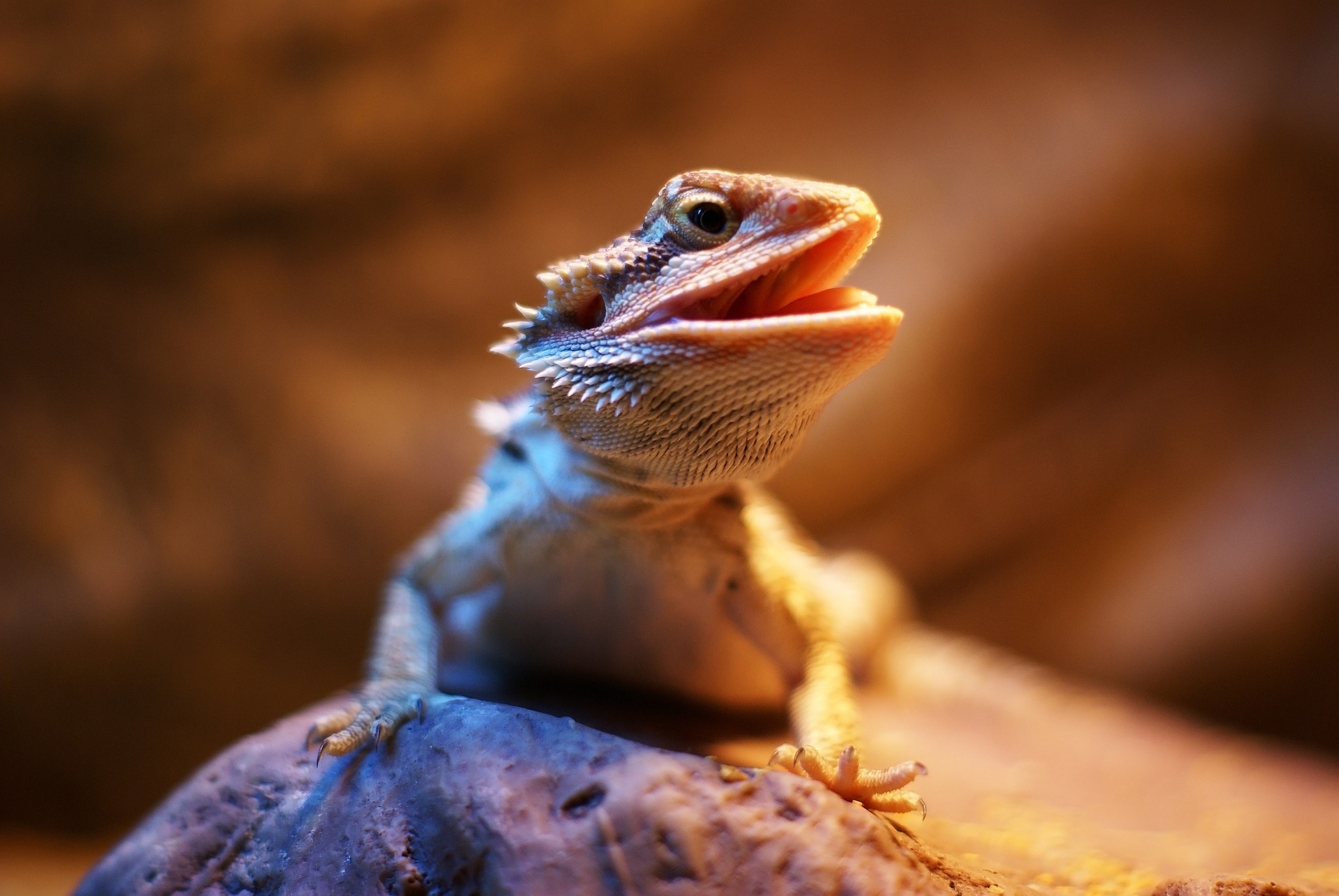 Dogs will lick you when they are excited to see you, or simply because you smell or taste like something they like. Cats may lick you to groom you or show that they care about you. So what does it mean if your bearded dragon is licking you?

You may think it is similar to other animals and their desire to show their excitement that you’re around, but that’s not necessarily the case. Of course, it could be due to their care for you, but it can also be a bit more complicated than you’d expect. Beardies are very particular in their behaviors, which means that they typically don’t do anything unless there is an explicit reason for it.

So what are those reasons you may ask? Let’s break them down.

Like most pets, your beardie needs to take some time to get used to you. If they are new to your environment it may be a little odd at first if you notice they are licking you every time you reach for them. This is how they try to show you they are comfortable with your presence, as well as getting used to your scent.

It is better to notice they are licking you rather than hissing or trying to bite. Your beardie will only lick if they feel completely comfortable with you and their environment. They want to get accustomed to your scent so that they will be aware of when it is you that has entered their space.

Their environment is important to them and they want to get a sense of it and you so that they can feel at ease settling into their new space. So they may lick you and little bits of their tank until they get used to the scent. This is also how they’ll start marking their territory as their own.

If they feel like their tank is truly theirs and it is filled with their scent they will be more eager to settle down. This is why it isn’t advised to keep two beardies in the same enclosure, specifically male beardies. This will only make both beardies agitated and uncomfortable with their surroundings and you’ll find much more of this licking behavior as they try to claim the space as their own.

Your bearded dragon might be licking at your hand because they can smell food on it. Hungry beardies will try and find food wherever they can, so they may lick you if you have recently touched food or their bowl to see if there is any residual scent of anything else. This is why it is so important to keep your beardie on a consistent feeding schedule.

They can get impatient or frustrated if they haven’t eaten in a good amount of time. Beardies use their tongues for smelling as well as tasting. If they are unfamiliar with the food they are eating, it will be difficult for them to decipher whether or not it is edible so they will likely try and give an experimental lick to suss it out.

Their senses are all very intertwined so licking is how they will get the most information they can about food or an object.

Beardies have their own time of year when their mating instinct kicks into high gear. You’ll usually notice this ramps up after their hibernation/brumation period and your bearded dragon may just start licking all over their tank and you. They will also be exhibiting some other familiar behaviors like increased puffing, black bearding, and waving.

If you catch them licking around it is because they are trying to sniff out a potential partner and see if another beardie is around to mate with them. If they can’t find what they want, this will eventually pass but they do this to attempt to show interest but not appear threatening. It isn’t anything for you to be concerned about as it won’t last very long without them able to find what they’re looking for.

This will usually only continue if they have another beardie in their direct vicinity. If there is a female nearby they may lick more to try and spread their scent around to get their attention. If a male is nearby and they are feeling the urge to mate, this is a way they will try and reinforce that their environment is only theirs.

This kind of territory marking is very common for beardies as their spaces are special to them and anyone infringing on that will make them feel territorial.

Honestly, licking is a very common behavior for bearded dragons, so it isn’t something you should pay much mind to. As long as you are keeping them on a well-timed routine, you’ll be able to know when they are hungry or in need of attention and the licking should only happen if they want to show you they’re comfortable or sniff out some snacks.

They are such genial creatures that their behavior changes are typically easy to notice so you’ll never be in the dark about what they might be feeling. Licking is just one of those behaviors that comes very naturally to them so it isn’t anything to be worried about. It is how they sense the world around them and get comfortable with you and their environment.

Newer bearded dragons may exhibit this behavior more often than beardies you’ve had for a while. This is only because your new friend is trying to get accustomed to their new home and they can do this easiest by taking in your scent and spreading their scent about as well. If your new buddy is licking you a lot this just means they are starting to feel more comfortable with your presence.

As soon as they get comfy with their surroundings, your beardie buddy will feel right at home and will only really lick when they’re hungry or needing comfort.