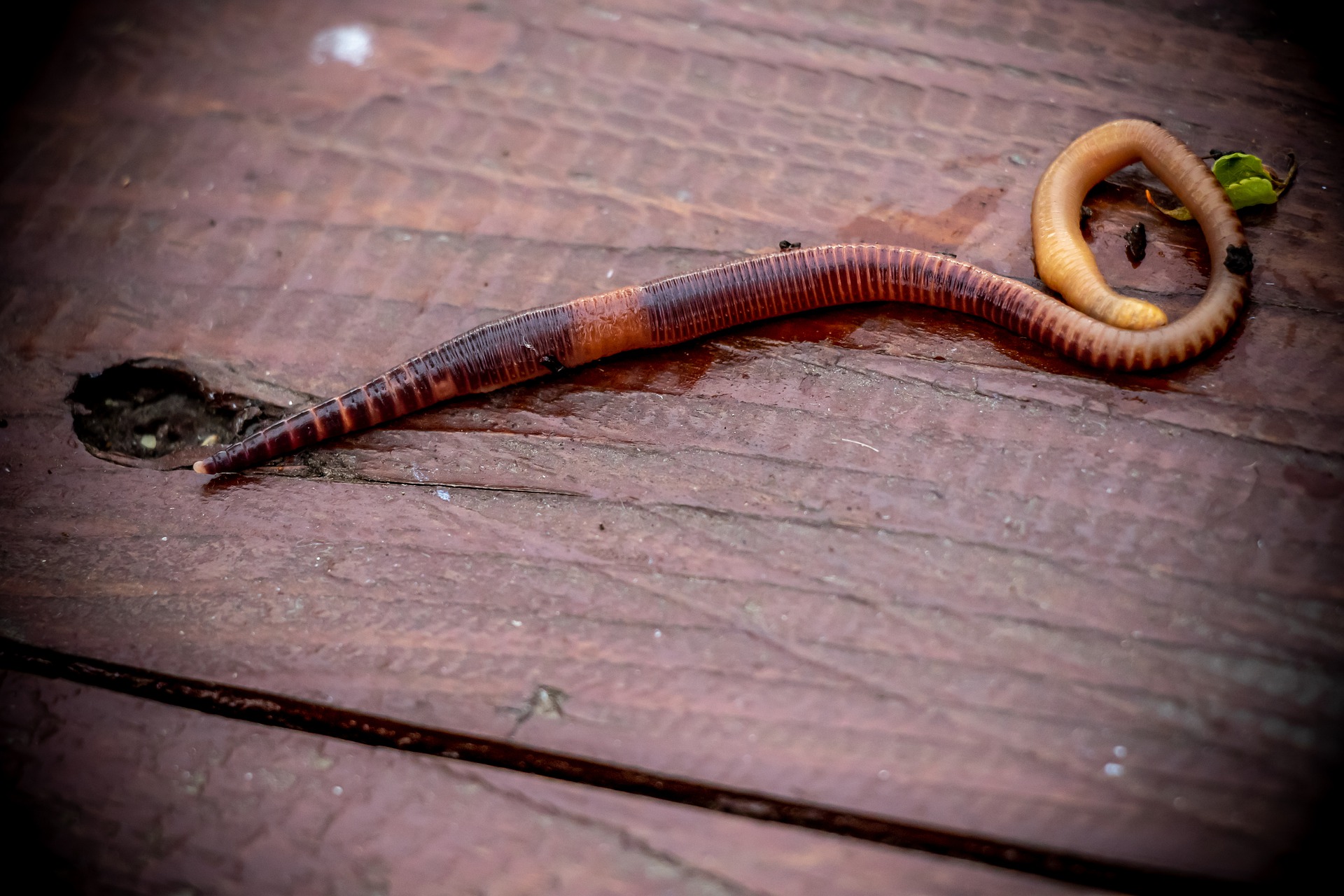 While we often talk about the different fruits and vegetables that bearded dragons enjoy on a day to day basis. From kale to cantaloupes, beardies have a very diverse diet full of vitamins and minerals that are important for their growth and development. However, not a lot of people want to talk about another staple in their diet.

Insects are an incredibly important part of their diet that offers different nutrients, such as protein, that they can’t get from other elements. A diet that is a mix of insects, veggies, and fruits, is ideal for balanced health and nutrition. But just like fruits and veggies, there are certainly some insects they can eat regularly and ones they should only have occasionally.

Where do earthworms fall on that spectrum for bearded dragons though? Are they a nourishing staple, or a sometimes food? Let’s dig into that a little more. Varying insects are a tasty addition to any food bowl, but that doesn’t mean that all insects are the same in terms of nutritious value. It’s sort of like the food groups we enjoy regularly. Protein sources like meat, beans, and nuts are healthy parts of a balanced diet for humans, but that doesn’t mean you should consistently enjoy fried chicken, bean dip, and peanut butter.

Just like with humans, there are certain insects that aren’t as nutritionally dense for your dragon, but still, have value in terms of vitamins as well as flavor. Earthworms aren’t necessarily on the list of insects that are tasty or nutritionally beneficial, depending on your beardie. A lot of bearded dragons won’t really enjoy the taste of worms as they have a slimy mucus secretion that can make the texture unpalatable.

Your beardie may eat them if they are really hungry, but they won’t tend to gravitate towards them. They tend to be gooey and overly large which isn’t enjoyable for your little scaly friend. Even though they are an adequate source of protein, as well as vitamins and minerals like copper, iron, and zinc.

Surprisingly they are also a good source of calcium, but they have the detriment of being fatty and high in water content. So even with the slight nutritional benefits, they don’t really have much to make them a worthy addition to a regular mealtime if your buddy isn’t a fan of their texture. If they do end up liking them, you can add them to the occasional bowl, but other than that they probably aren’t the best side dish. I found a video for those of you who’d like to randomly watch beardies eating earthworms. Not so sure why, but watching bearded dragons eat is one of my favorite past times!

Earthworms also come with a whole host of other potential issues that make them an unlikely addition to your beardie’s dish. In addition to being fatty and full of water, they can also be full of parasites and even toxic chemicals if you’re not getting them from the right places. If you do choose to give them to them anyway, you’ll want to source them from a pet-food store and make sure they aren’t too large that your beardie will choke or risk impaction. Impaction is basically a build up of debris within the intestine that creates blockage.

Parasites can mess up your little one’s digestion as well as cause other diseases and illnesses should they come from an unreliable source like a backyard. Not to mention that they can be coated in harmful pesticides, weed killers, and other chemicals you’d use for your lawn or garden. If you’re going to use earthworms as a treat for your little guy, you’ll want to either source them from a clean and safe environment locally or get them from a pet food seller. If you do decide to give your beardie earthworms you’ll want to wash them entirely and if your dragon is a juvenile you’ll want to cut them into pieces so they don’t choke. Earthworms are not the most beneficial worm to give bearded dragons, but there are plenty of other worms that will offer more nutritional benefits. Waxworms, mealworms, and hornworms are all much better candidates for bulk feeding as they are lower in fat and higher in vitamins and minerals.

Just like some fruits, it is better to give them to your beardie as an occasional treat if you’re going to feed them to them at all. Your beardie is important to you, so they should have a rather varied and diverse diet to keep them healthy and well. Plenty of protein, calcium, and other vitamins and minerals that will help keep all parts of their body working as they should be.

Bearded dragons can be somewhat picky eaters. While they have the capability to have a very…

Is Spinach For Bearded Dragons A Good Thing?

Most beardies get a portion of salad alongside their insects during feeding time. Greens make up…

These fuzzy little fruits are a truly enjoyable sweet treat that offers a unique fruity flavor.…